How to program the STM32

For programming the STM32 there are four different possibility that are: 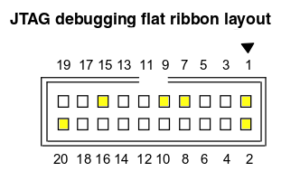 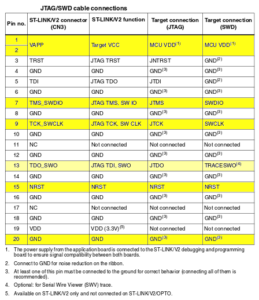 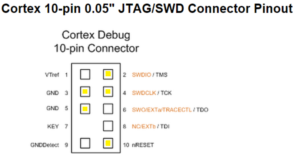 The yellow signal, are necessary for SWD.
TRACE-SWO is an optional for SWD.

SWD was introduced by ARM for reduce the number of pins for programming & debugging the Cortex Mx.
The SWD pins are three and are:
SWDIO – bidirectional data
SWCLK – it’s the clock
SWO – (ITM) it’s an optional implementation depend of what STM32 you use and that implement some extra features like: trace, printf in the consolle, etc.

DFU or DFUSE (STSW-STM32080)
DFU is a SW is for programming the STM32 via the USB (UM0412)
The package contains all binaries and source code for DfuSe USB device firmware upgrade (DFU) software, including the demonstration, debugging GUIs and protocol layers.
It includes the DFU driver compatible with the latest Microsoft®OS.
DfuSe utility can be used to interact with the STM32 system memory bootloader or any In-Application Programming (IAP) firmware, running from the user Flash, thus allowing internal memories programming through USB.

Example: How to use DFU
After the DfuSe installation, in the package, there is the utility: DFU File Manager that is used for generate a .DFU file form a .HEX or .S19 file, see below. 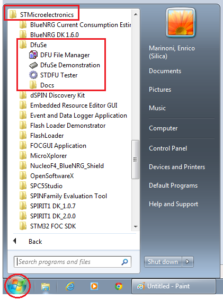 Now we use the .DFU file with the DfuSe Demonstration, to program the device.
Follows the steps below.

You must generate a .DFU file from an .HEX or .S19 file, for do this use the DFU File Manager.

You must put in DFU mode your eval-board (boot mode), in our case the board is the STM32F072B-DISCO and is necessary connect the BOOT pin to VDD pin, see below the red box. 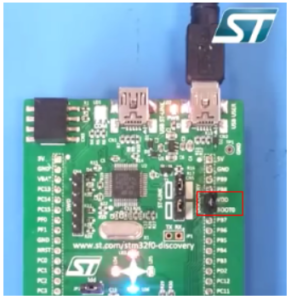 Now connect your eva-board to the PC and you must see a message from USB that the eva-board is in DFU mode.
Run the DfuSe Demonstration and download .DFU file on your eval-board.
Now remove the boot jumper (in our case, remove the jumper from BOOT pin to VDD pin) and reset your eval-board.

You must see the run of the program that you are downloaded via DfuSe Demonstration.

Remember to put your STM32 in boot mode before to run Flash Loader.
For example for put in boot mode the STM32L031K6 is necessary connect to VCC (VDD) the boot pin that is pin 31. 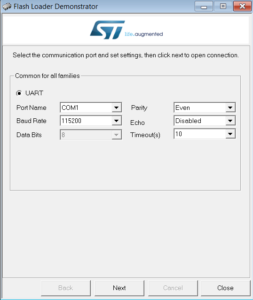